Pitched up in our happy place 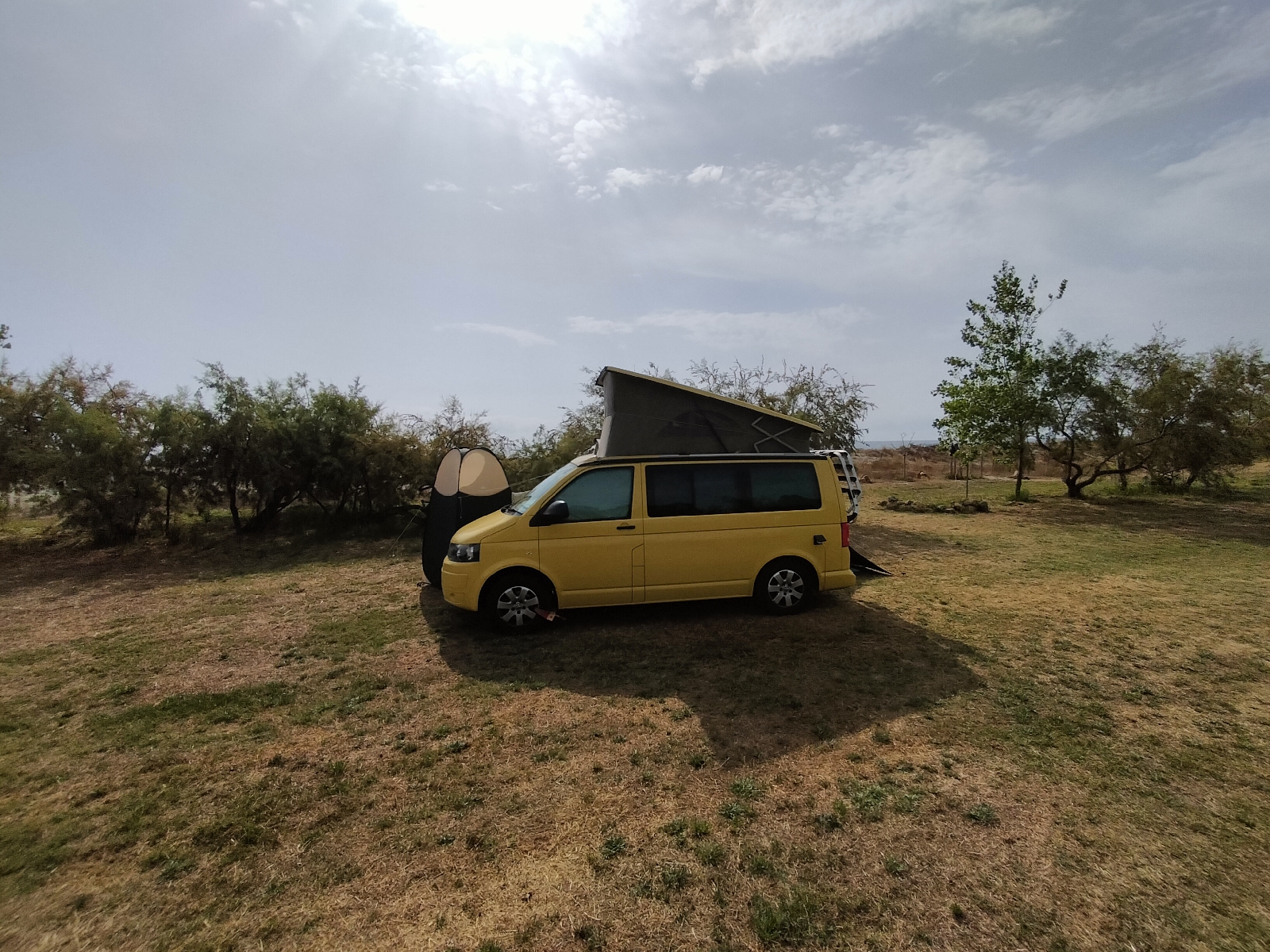 We arrived for the ferry to Corsica half an hour before they were allowing anyone into the port at Nice and so we drove along the coast a little until we found a parking space. It was 50 cents for 35 minutes, perfect for us to wait until we'd no longer be turned away at the port.
We were the third vehicle to drive onto the ferry, the Mega Andrea. This meant we were also the first onto the sun deck where we grabbed deckchairs right at the back of the boat and faced them away from everyone. There were far fewer deckchairs than I remember on the last crossings and therefore fewer people on the deck and I didn't feel particularly uncomfortable.
One learning point is the Mega Andrea isn't as speedy as the Mega Express we've travelled on before and the journey time to Corsica's port of Bastia was 7 hours rather than the previous 5 hours 45.
It was sunny throughout the whole journey but windy and bearable. We slapped on factor 50 and alternated between dozing and reading our books.
We learned not to ignore loud exclamations in a language we didn't understand because it was passengers pointing out dolphins and even a whale jumping out of the sea.
What with swimming beneath a waterfall at 9am and seeing beautiful sea creatures playing during the afternoon, one boring day of traveling had been quite exhilarating.
The ferry arrived at Corsica's port in Bastia at 9.45pm. We got to watch the sun set over the northern tip of the island just prior to docking.
Driving off the ferry we headed almost an hour south. We checked out a spot on the beach we'd seen a motorhome parked once before but there were half a dozen or more cars with small parties gathered on the beach and decided against staying. Instead we decided to head straight to the campsite, where by 10.45pm the barrier was down and we just pulled in beside it and slept until we heard the campsite owner watering plants at 7am. We dozed until 8am and decided to push our luck being allowed to enter and pitch. The old guy was more than happy for that and far more chilled out than on our previous two stays. In fact he gave my passport back instead of retaining it until we leave and pay. He gestured for us to give the paper I was holding, thinking it was a reservation. On seeing that it was our Covid vaccine passport he said 'Ah, Covid. Pffft,' and waved it away.
Our pitch, just a couple of metres from where the sand of the beach begins is 25 euros per night including electricity.
We're now laying comfortably on an almost empty beach. Not just any beach, either. This is the away-from-it-all campsite pitch and stretch of beach I've longed to be on ever since the Covid nightmare began. Here begins 25 nights, at least, of relaxing in our happy place.